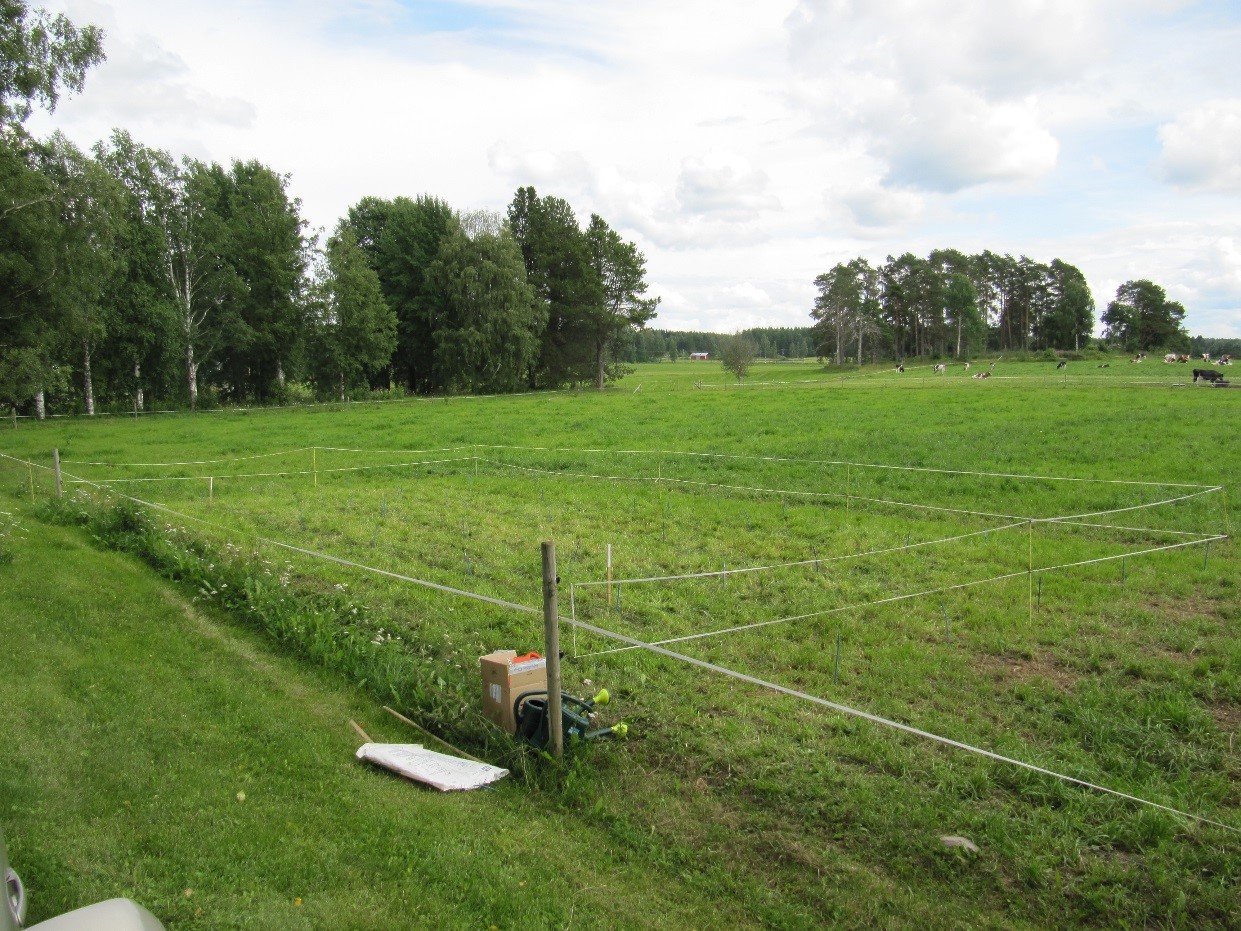 Savonia have started their phosphorus trapping tests in the LUKE (Natural Resources Institute Finland) research station in Maaninka at the beginning of August. It is a field test that tests potential easily spreadable materials which can prevent phosphorous leaking into waterways. In Finland, the majority of the phosphorus in the farmland ends up in the waters in the springtime when the snow melts, there is a large amount of runoff and plants can not bind nutrients to the ground. In the WaterPro project, good practices to help prevent the nutrient leaching are being sought and one solution could be a substance to be spread on the grassland in autumn. Some of these substances have already been somewhat studied but many environmental factors (e.g. soil type) influence phosphorus and how it react in different circumstances. Before the best trappers were chosen into field tests, Savonia made a literary review about different trappers and potential trappers were also tested in the laboratory. Six materials were selected for the actual field trials: four aluminum-based (one of these is the foam of aluminum-based precipitation chemicals used in the water treatment plant), wood-based fly ash from a district heating plant and GeoTrap, which differs from these other compounds and represents more minerals. It is not so reactive but its “special feature” is the ability to bind moisture and nutrients to itself.

Natural Resources Institute Finland has developed a pilot scale tool for comparing materials to each other in adjustable environmental conditions (temperature, radiation, precipitation, snow cover depth). With this tool it is possible to adjust diurnal rhythm in temperature and radiation and possible to monitor closely the formation of surface runoff. This tool called SIMU (Surface runoff simulator) is a container which is locating in Maaninka next to test fields.

Promising nutrient trappers has now been spread in to the grassland. Before the end of the growing season, the top soil (soil layer 0-5 cm) from each plot will be lifted by a turf grass cutter and frozen. Then the grass mats will be placed individually on the sloping SIMU devices and possible covered with snow. Infrared heaters will be used to melt the snow and ice and the melt water is collected. This melt water sample represents the runoff water during the spring time. Water samples will be analyzed after the tests and the results from the plots treated with phosphorus trappers are compared to the results from the reference area where no manipulation has been done. Many factors are completely adjustable: the treatments on the field (substances and the spreading amount), the slope of the grass mat, the duration of melting period and the amount of snow that produces the surface runoff.

Photos: Test plots where the nutrient trappers have been spread 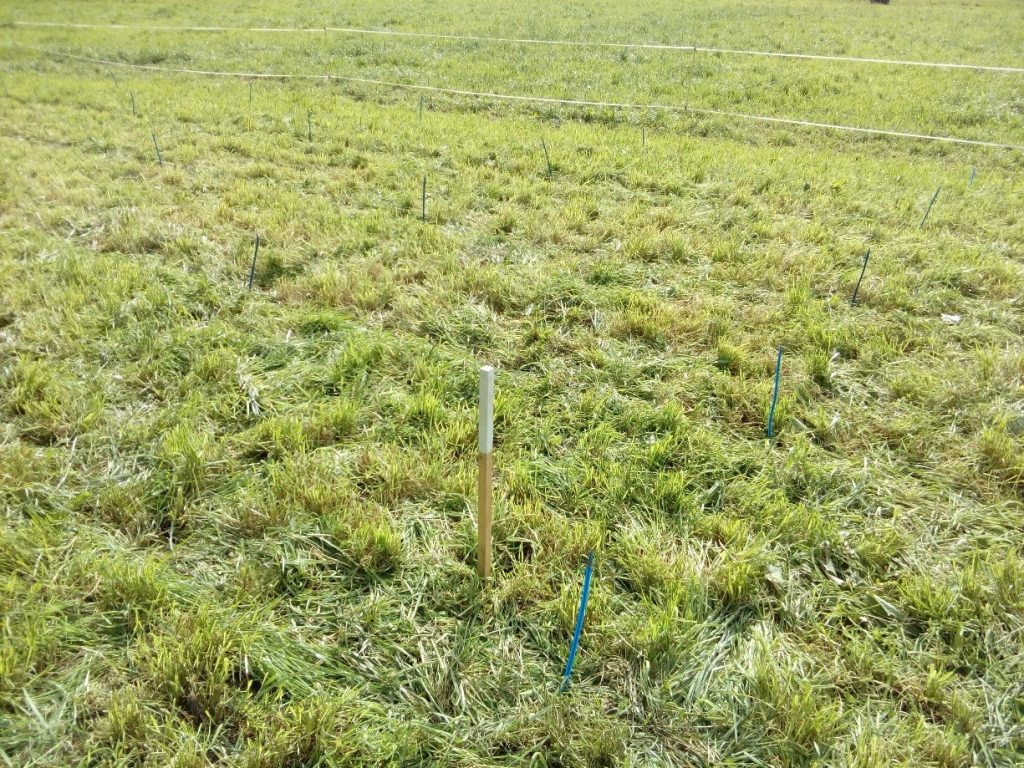 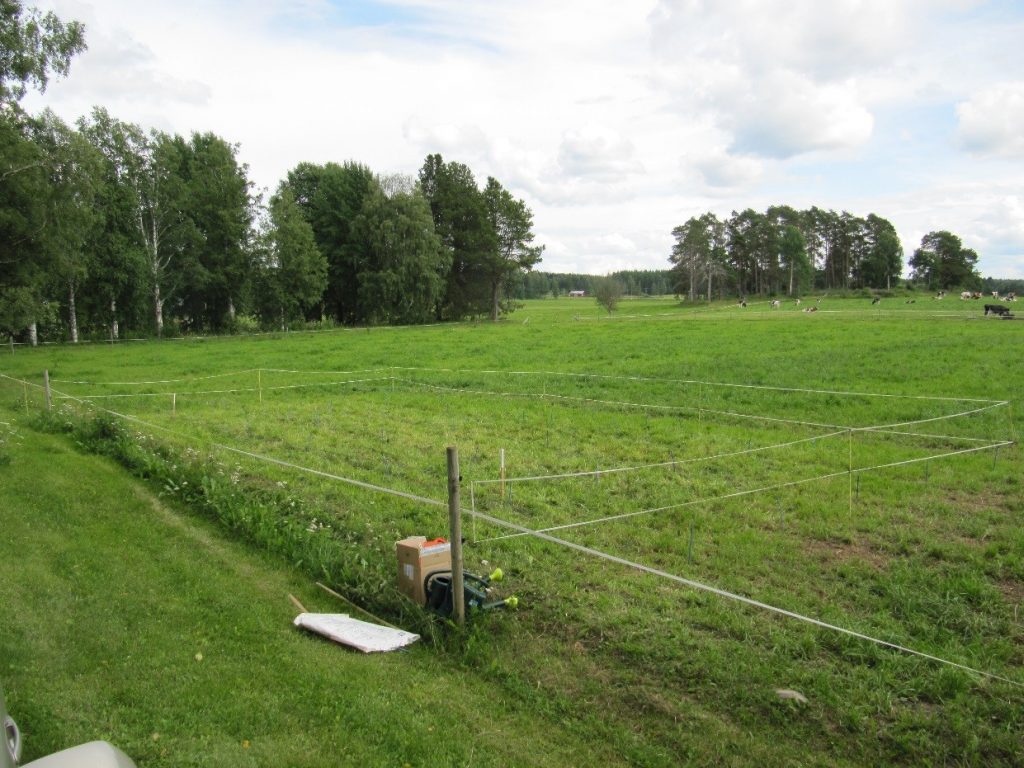